The Australian parliament is set to pass legislation that would make Google and Facebook pay news outlets for publishing their content. The regulation is designed to ensure Australian media outlets, big and small, receive adequate funding after Google and Facebook began taking the bulk of Australian online advertising spend. Don’t ask us why, our government is prone to make some weird ‘gold standard’ decisions lately, we know!

Currently, out of every $100 of online advertising spend, Google takes $49 and Facebook takes $24, with the remaining $27 going to all other media outlets. Media outlets are arguing that both Google and Facebook make millions in annual revenue from displaying their content and that users would find both platforms less relevant if they didn’t display the outlets’ news.

The Australian Competition and Consumer Commission (ACCC), who held an 18-month inquiry into a power imbalance between the platforms and media outlets, proposed a bargaining code that ensured Australian media outlets were fairly compensated for the news they generated.

Google and Facebook had pushed back on the plans, arguing that it would be impossible to tell how much revenue they would lose each year through the compensation scheme. Google Australia’s managing director, Mel Silva, even threatened to pull the search engine from Australia, potentially leaving competitors to fill the void.

Some headway has been made, with Google unveiling its News Showcase product earlier this month. The product is designed to remunerate media outlets whose news is displayed on Google. Seven West Media, which owns a number of media titles, has already signed up to the compensation scheme, ensuring they would be compensated on a monthly basis for their content.

However, many Australian media outlets are refusing to negotiate until the code has been implemented, leaving the ongoing concern that both tech giants will pull their platforms from Australian devices. A double departure would allow for competitors, such as Microsoft’s “Bing” search engine, to take over the market, and would dramatically change Australia’s online landscape.

What would a Google and Facebook exit mean for Australian marketing agencies and online traders?

A quick view of this list alone is enough to give you an idea of the impact a Google exit would have on Australian digital marketing. Thankfully, certain features, such as Google Ads, can be imported into Microsoft Advertising and be displayed through Bing, Yahoo and other platforms.

SEO, however, is a more complex issue. Digital agencies and clients spend months, even years, fine tuning their websites to match Google’s algorithm standards. Although it is largely accepted that search engines, including Google’s potential replacement, Bing, favour similar algorithm signals, it could cause problems for businesses whose websites have chosen to work on particular signals that may differ from Google’s. Even if Google did leave Australia, we will make sure our customers excel on the next biggest search engine in our market.

The social media platform provides a huge space for marketers to reach their target audience. There are roughly 16,000,000 Australian monthly active Facebook users, that roughly 64% of the population!

Facebook’s advertising platform is an integral part of the Australian marketer’s campaign, with business pages and retargeting campaigns an important aspect of a viable digital marketing campaign.

Facebook, as we know it, is an entity of its own, with no true alternative available to reach its massive Australian audience. The possibility exists of new platforms being developed to fill the void, but this could take years, with millions in lost advertising revenue for marketing agencies and online traders alike.

This brings us to our next question – what will happen to Australian online traders in the event of a Google and Facebook exit?

A potential catastrophe for small business

Google currently has more than 40% share of Australia’s online advertising market, with Facebook taking up 7.4% of the 9.7 billion industry. Both platforms are major players in Australia’s digital advertising industry, and their potential exit could be devastating for small businesses and online traders, whose local and international trade relies heavily on the platforms.

Some business owners are predicting that a double exit would make their profits plunge up to 90%, as only a small part of their business comes from word-of-mouth referrals. The fear is that business owners would have to start their digital marketing efforts from scratch, paying to produce online campaigns whilst losing revenue from the lost Google/Facebook investments.

It is a very real fear, as many businesses have well-established advertising campaigns with both platforms. They have invested thousands of dollars in both Google and Facebook campaigns, and they expect to see a solid return on investment from both platforms – something that could be immediately cut in the event of a double exit. 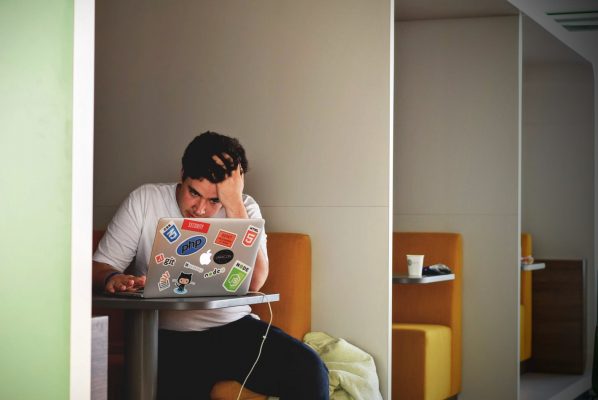 Bing is being heralded as Google’s replacement. Currently, Bing holds 3.5% of the Australian search engine share, as opposed to Google’s 95%. However, Microsoft has been in talks with the Government regarding plans to fill the void in the event of a Google exit.

Microsoft has stated it has a “Plan B” in case Google pulls its platform from Australia, including the free transfer of small business’s Google campaigns to the platform which has been available for years. The platform has openly expressed its support for the Government’s bargaining code and is prepared to pay media outlets to display their content through the platform. No surprise there really.

Parliament will discuss the legislation this week: it has the full support of the Government, the opposition and minor parties. What remains to be seen is whether Google and Facebook can negotiate a better deal in Australia, and what would happen if a deal isn’t reached. Let’s hope they come to a fair agreement if not, Digital Debut will still be able to market their customers accordingly on the alternatives which will definitely grow immediately.

May 2, 2022
Note: This is an opinion piece written by one of our staff at Digital Debut…
ContentDigital MarketingEcommerceWeb Design

January 18, 2022
When it comes to SEO, everyone has their own take on it. Whoever you work with,…
Digital MarketingEcommerce

Your organisation's online presence is now more important than ever